Taps is a bugle call played at the end of the day during flag ceremonies, and as part of military funerals. Here we wish to notify the membership of the Post Family and remember those members of the Post, Unit, Squadon or Chapter who have gone on. Please keep them and their families in your thoughts and prayers.

If you know of a member of the Post 435 Family who should be recognised here, please submit the information via email to: news@mnlegion435.org

Annette loved the American Legion Auxiliary.  She spent time participating as a chaperone during Junior Auxiliary events and enjoyed the time she spent with them.  She LOVED the Girls State program. Even as she began to have health issues, she continued to support the program and champion it. She was the Unit and 5th District chairman of Girls State for many years. Annette was able to attend the 2019 Girls State inauguration in June 2019 and was enjoyed being around the girls from the District and especially Madison Sloves (who was the 5th District Honorary Junior President). She enjoyed seeing so many young women going through the program that she adored.

Annette was a mentor and a cheerleader for those that came after her.  Even as her health took more and more away from her, Annette participated as much as she could and shared her knowledge. Now she has her angel wings.  She will be missed by many and never forgotten.

A memorial service will be held on May 21st. Click here for more information. 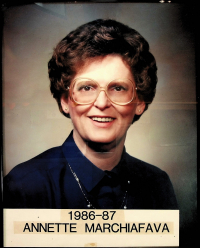 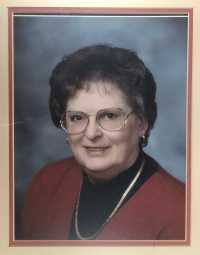 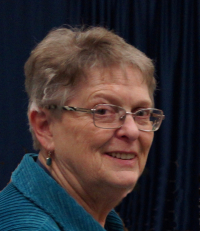 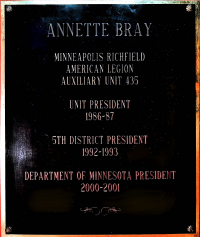 The Sons of The American Legion Squadron 435